Estonia – Kalevipoeg (Kalev’s Son)
The national epic Kalevipoeg describes the battles and adventures of Kalevipoeg (literally, son of Kalev), the mythical hero and ruler of ancient Estonia. It ends with his violent death and the country’s conquest by foreign invaders.

Spain – The legend of Gara and Jonay
Before the Spanish conquest of the island, the beautiful princess Gara lived on La Gomera. She fell in love with the poor peasant’s son from Tenerife, Jonay. He reciprocated her feelings and sailed on a raft to the neighbouring island every day, to visit his love.

Poland – Legend about the Kobold (Skarbnik, Śląsk)
How the belief in Kobold emerged? Up till today people pass on the story about the miner, called Walencik, who knew the mine inside out. He was working diligently at the mine, helping his fellow workers. People say that it was difficult to chase him out of the pit, that he was so much in love with the work. Even his own wife was jealous of the mine, saying that he loved it more than her. Walencik was helping everybody at any time of night and day, not caring about the dangers. He knew the mine so well that the miners who were working with him never got lost. Walencik was working hard for all these years and suddenly there came the day that he fell ill and consequently died. He was a good man so he found himself in Paradise but he wasn’t happy there. He begged God to send him back to the mine as a ghost and his prayers were answered. Walencik’s soul stayed in the mine forever. Nowadays, if the miners are in danger Walencik warns them right away: the lamp will flicker, the pit props will crack or he will show himself. People know that it is Walencik and they run away from that dangerous spot. Those who don’t obey the rules and laze about are reprimanded, Walencik will quickly slap miner’s faces to take him to task; and if someone swears, God forbid, he can even be hit with the lamp. People call him the Kobold (the Treasurer) because he guards Silesian treasures, he takes care of the black gold — coal.

Itlay – The legend of colapesce
The legend tells about Nicola (Cola from Messina), the son of a fisherman, known as “Colapesce” for his ability to swim. When he returned from his many dives into the sea, stopping to tell the wonderful views and, sometimes, to bring back treasures.

His fame reached the king of Sicily and Emperor Frederick II, who decided to test him, the king and his court, therefore, went off the coast in a boat in the water and threw a cup that was immediately recovered by Colapesce. Then the king threw his crown in a deeper place and Colapesce was able to find it. The third time the king threw a ring in a more deeper place and, in that occasion, Colaspesce didn’t emerge.

According to the legend, falling even deeper, Colapesce saw that Sicily rested on three pillars and one of these was consumed by the fire of volcano Etna, so he decided to remain under water, holding up the column to prevent that the island collapsed. Even today he rules the island.

Greece – The drums and the pipes
This legend is made by the 11th primary school in Chios for our Comeniusproject.

Netherlands – We moved the church 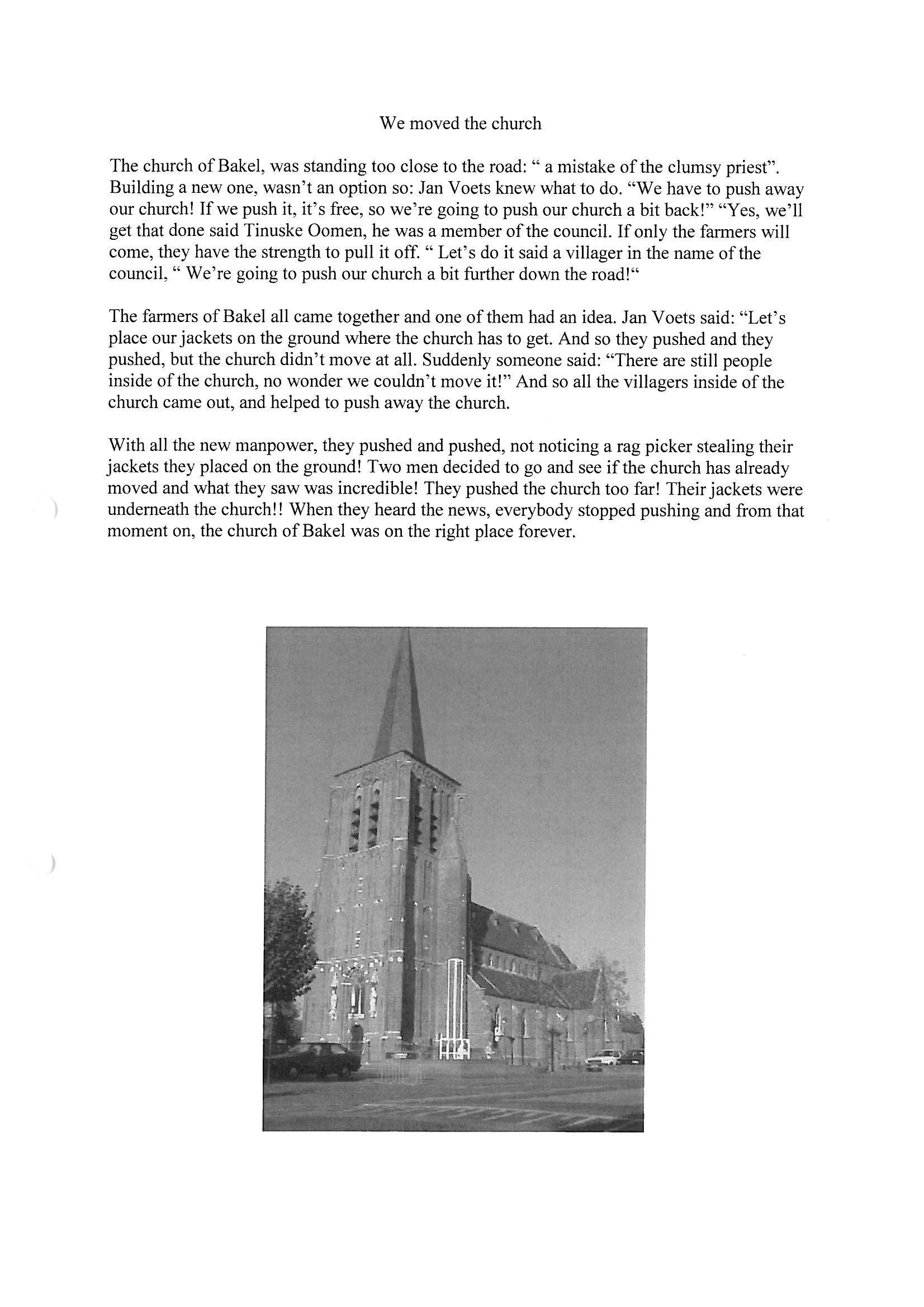